In April, the Arkansas House and Senate voted to override Gov. Asa Hutchinson's H.B. 1570, the Save Adolescents From Experimentation (SAFE) Act. Experimental "puberty-blocking" drugs and cross-sex hormones may have long-lasting impacts on fertility, so advocates have branded them "chemical castration." Yet opponents of the law claim that withdrawing "health care" will harm children.

A federal judge on Wednesday temporarily blocked enforcement of Arkansas' ban on gender confirming treatments for transgender youth while a lawsuit challenging the prohibition proceeds. 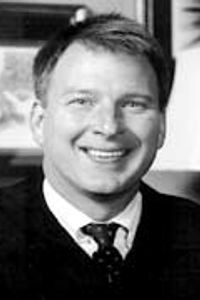 The American Civil Liberties Union filed a lawsuit in May asking U.S. District Judge Jay Moody in Little Rock to strike down the law that made Arkansas the first state to forbid doctors from providing gender confirming hormone treatment, puberty blockers or sex reassignment surgery to anyone under 18 years old, or from referring them to other providers for such treatment. The ACLU sought the preliminary injunction while its lawsuit proceeded.

Rep. Robin Lundstrum (R), who sponsored the house bill that ultimately became this law, said she would continue to push for a ban on these treatments.

"While disappointing, this injunction is not the last word on this matter. The battle to protect children from chemical and surgical castration which has irreversible consequences for minors - who cannot possibly understand the long term effects - will have a full hearing in court. I'm confident that when the facts come out, all will clearly see the need to protect children from the harms associated with these procedures. I am grateful that the Attorney General has already indicated that she will appeal this ruling."

HAT TIP TO FREE REPUBLIC FOR REPOST AND Wiki Reference

HAT TIP TO FOX 24 TV NEWS FOR REPORT AS CREDITED