Public Advocate's lead legal counsel, and former Reagan Administration official, William Olson, together with long time Constitutional icon Patrick McSweeney teamed up in recent weeks to post legal opinions on how to uphold genuine election integrity in the federal election and enforce sanctions as allowed in the Constitution against fraud and the theft of America's reliance on honest elections, and this latest memo gives the Supreme Court another legal avenue to defend honest elections, " says Eugene Delgaudio, president of Public Advocate. 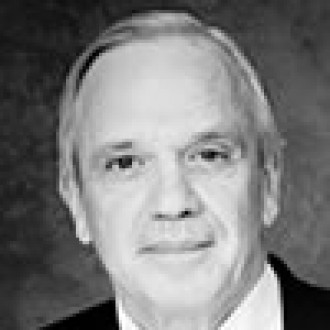 Hat tip to The Western Journal for posting both legal briefs and to The Gateway Pundit for also publishing the legal brief that outlines the possible future strategy for President Donald Trump's post-election legal appeals in the federal courts.

In refusing to hear Texas v. Pennsylvania, the U.S. Supreme Court abdicated its constitutional duty to resolve a real and substantial controversy among states that was properly brought as an original action in that Court. As a result, the Court has come under intense criticism for having evaded the most important inter-state constitutional case brought to it in many decades, if not ever.

However, even in its Order dismissing the case, the Supreme Court identified how another challenge could be brought successfully - by a different plaintiff. This paper explains that legal strategy. But first we focus on the errors made by the Supreme Court - in the hopes that they will not be made again.

The Supreme Court declined to hear the challenge brought by the State of Texas against four states which had refused to abide by Article II, ï¿½ 1, cl. 2 - the Presidential Electors Clause, which establishes the conditions and requirements governing the election of the President of the United States. In adopting that provision, the Framers vested in each State legislature the exclusive authority to determine the manner of appointing Presidential electors. The Framers' plan was shown to be exceedingly wise, because we have now learned that allowing other state and private actors to write the election rules led to massive election fraud in the four defendant states. Individuals can be bought, paid for and corrupted so much easier than state legislatures.

In refusing to hear the case, the sole reason given was that Texas lacked "standing." In doing so, all nine justices committed a wrong against: (i) Texas and the 17 states that supported its suit; (ii) the United States; (iii) the President; and (iv) the People.

The Court's Many Wrongs in Texas v. Pennsylvania.

As Alexander Hamilton explained in Federalist No. 78, courts have "neither FORCE nor WILL, but merely judgment." As such, in deciding cases courts have a duty to explain their decisions so the rest of us may know if they constitute arbitrary exercises of political power, or reasoned decisions of judicial power which the People can trust. In Texas v. Pennsylvania, all that the justices felt obligated to do was to state its - "lack of standing" - supported by a one sentence justification: "Texas has not demonstrated a judicially cognizable interest in the manner in which another State conducts its election." Resolving a case of this magnitude with one conclusory sentence is completely unacceptable.

The Supreme Court docket consists primarily of only those cases the High Court chooses to hear. However, just like when it agrees to decide a case, and in disputes where the original jurisdiction of the Court is invoked, it has a duty to decide cases properly brought to them. Two centuries ago, Chief Justice John Marshall construed the obligation of contracts clause in a decision where he wrote: "however irksome the task may be, this is a duty from which we dare not shrink." Trustees of Dartmouth College v. Woodward, 17 U.S. 518 (1819). Courts have a duty to resolve important cases even if they would prefer to avoid them. In Marbury v. Madison, 5 U.S. 137 (1803), Marshall described "the duty of the Judicial Department to say what the law is" because "every right, when withheld, must have a remedy, and every injury its proper redress." Abdication in a case of this sort is not a judicial option.

The Supreme Court's reliance on standing as its excuse has had one positive result - provoking many to study the origins of that doctrine who may be surprised to learn that the word "standing" nowhere appears in the Constitution. There is compelling evidence to demonstrate it was birthed by big-government Justices during the FDR Administration to shield New Deal legislation, and to insulate the Administrative State from challenges by the People. Those who favored the Texas decision argue that standing is a conservative doctrine as it limits the power of the courts - but the true constitutionalist uses only tests grounded in its text. The true threshold constitutional test is whether a genuine and serious "controversy" exists between the States that could be resolved by a court.

The only reason given by the Supreme Court was: "Texas has not demonstrated a judicially cognizable interest in the manner in which another State conducts its election." In truth, Texas did make such a showing. When Pennsylvania violated the exclusive authority bestowed on state legislators in the Constitution's Electors Clause, it opened the door to corruption and foreign intrigue to corrupt the electoral votes of Pennsylvania, and as Alexander Hamilton explained in Federalist 68, that is exactly why the Framers created the Electoral College. During the 2020 election cycle, changes to the election process in Pennsylvania were made by judges, state office holders and election officials which would never have been made by its state legislature.

If the process by which Presidential Electors are chosen is corrupted in a few key states, like Pennsylvania, Georgia, Michigan and Wisconsin by rigging the system in favor of one candidate, it becomes wholly irrelevant who the People of Texas support. That political reality presents a real "judicially cognizable interest" no matter what the Supreme Court decided. What happens in Pennsylvania does not stay in Pennsylvania, as electors from all States acting together select the President of the United States.

In the Federalist Papers, both James Madison and Alexander Hamilton recognized the need to combat "the spirit of faction" and the tendency of each State to yield to its immediate interest at the expense of national unity. They reasoned that the Constitution provided a solution to this centrifugal pressure while reserving a measure of sovereignty to each State. When differences arise between States that threaten to lead to disunion, the Republic can be held together, as Hamilton observed, either "by the agency of the Courts or by military force." A constitutional remedy to enable the States to resolve their differences peacefully is the provision that permits any State to invoke the original jurisdiction of the Supreme Court to address and settle their differences.

In the vernacular, the Supreme Court blew it, threatening the bonds that hold the union together.

Round Two: The United States Must Enter the Fray

Fortunately, that might have been only the first round in the fight to preserve the nation. A strategy exists to re-submit the Texas challenge under the Electors Clause to the Supreme Court in a way that even that Court could not dare refuse to consider. Just because Texas did not persuade the Justices that what happens in Pennsylvania hurts Texas does not mean that the United States of America could not persuade the justices that when Pennsylvania violates the U.S. Constitution, it harms the nation. Article III, Paragraph 2, cl. 2 confers original jurisdiction on the Supreme Court in any case suit brought by the United States against a state. Thus, the United States can and should file suit against Pennsylvania, Georgia, Michigan and Wisconsin. Like the Texas suit, that new suit would seek an order invalidating the appointment of the electors appointed by those four defendant States that refused to abide by the terms of the Presidential Electors Clause. That would leave it to the state legislatures in those four states to "appoint" electors - which is what the Constitution requires.

When those four States violated the Constitution by allowing electors who had not been appointed in the manner prescribed by the state legislature, the United States suffered an injury. Indeed, there could hardly have been a more significant injury to the nation than that which corrupted its Presidential election.

The United States has a vital interest and a responsibility to preserve the constitutional framework of the Republic, which was formed by a voluntary compact among the States. As with any contractual relationship of participants in an ongoing enterprise, no party is entitled to ignore or alter the essential terms of the contract by its unilateral action.

The President who has sworn to preserve, protect and defend the Constitution has the right and the duty to order the U.S. Department of Justice bring such an action in the Supreme Court - and should do so quickly.

Reasons for Great Hope at Christmas

In rejecting the invocation by the State of Texas of the original jurisdiction of the Supreme Court to resolve the dispute between Texas and four other States that refused to abide by the terms of the Presidential Electors Clause, for now, a majority of the Justices foreclosed the use of that constitutional safeguard by Texas to provide a peaceful means of resolving the controversy that has deeply divided States and the citizens of this Republic as at no time since the 1860s.

That consequence is too dangerous to be allowed to stand.

If the same case previously brought by Texas were now brought by the United States of America, there is every reason to believe that the Supreme Court would be compelled to understand it must hear it and decide it favorably.

Although outcomes are never certain, it is believed and hoped that a majority of the Supreme Court could never take the position that the United States has no business enforcing the process established in the Constitution by which we select the one government official who represents all the People - The President of the United States.

The views expressed in this opinion article are those of their author and are not necessarily either shared or endorsed by the owners of this website (WESTERN JOURNAL). If you are interested in contributing an Op-Ed to The Western Journal, you can learn about our submission guidelines and process here.

PHOTO: WILLIAM OLSON, ATTORNEY AT LAW, and lead counsel for Public Advocate's many appeals for Religious Liberty to the U.S. Supreme Court and other Appeals courts for 35 years.