Gateway Pundit calls it "The end of Justice In America."

The Legal effort was backed by President Trump, 18 GOP state AGs and 126 House Republicans who objected to documented incidents of vote fraud and widespread irregularities in key states.

"The Supreme Court decided like most elected officials in both major parties that cheating and voter fraud is not the job of the establishment powers and its up to "somebody else" to fight election fraud," said Eugene Delgaudio, president of Public Advocate.

Briskly rejecting a long-shot but high-stakes case, the U.S. Supreme Court on Friday tossed out the Texas lawsuit that had become a vehicle for Republicans across the country to contest President-elect Joe Biden's victory.

In a few brief sentences, the high court said it would not consider the case for procedural reasons, because Texas lacked standing to bring it.

"Texas has not demonstrated a judicially cognizable interest in the manner in which another State conducts its elections," the court wrote in an unsigned ruling Friday evening. 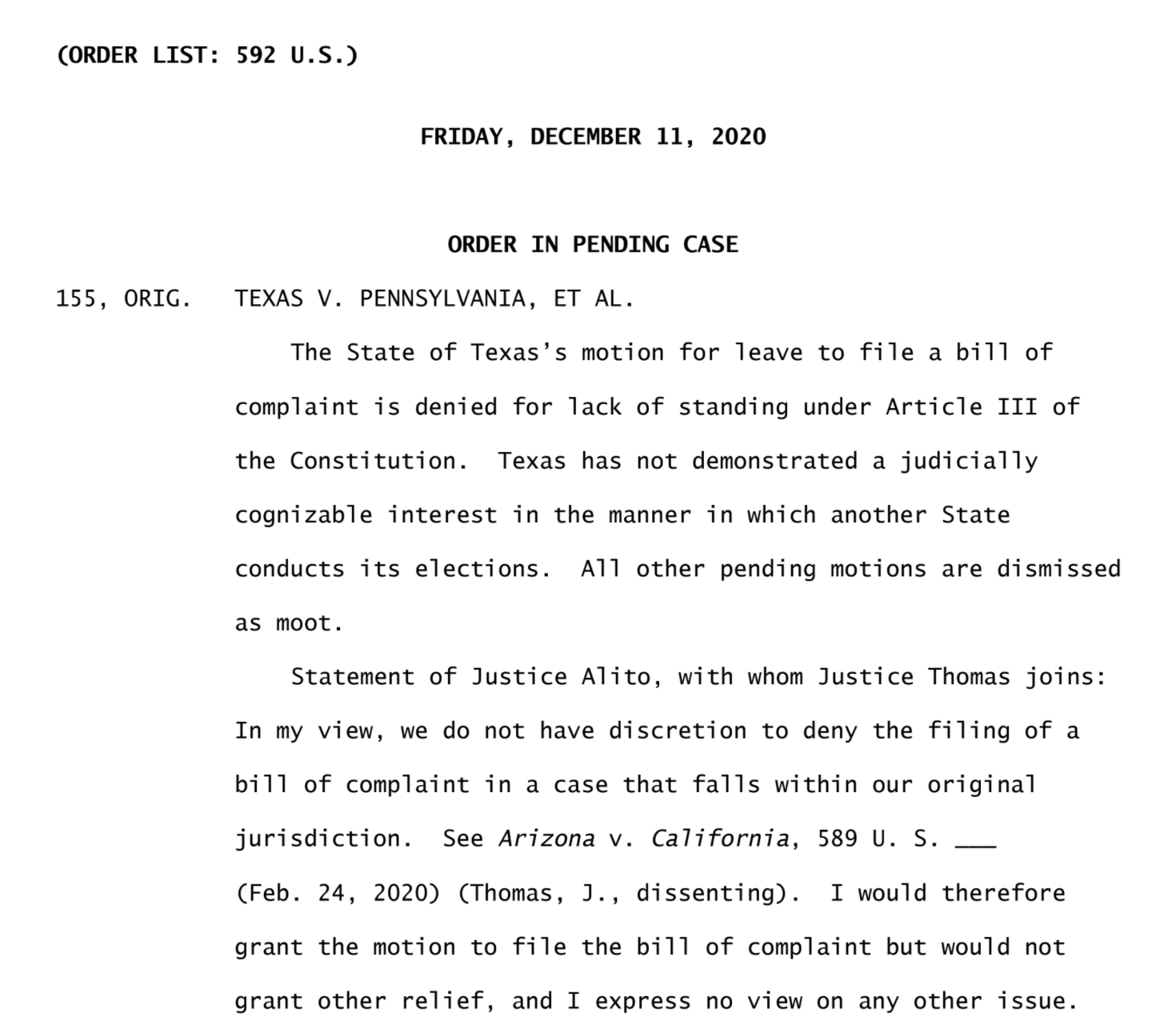