WHO WILL BIDEN APPOINT TO THE SUPREME COURT?

Eugene Delgaudio, president of Public Advocate, in a message to his supporters nationwide said:

"Contrary to what Joe Biden says in the national debate and daily, there is a Joe Biden
list of 86 potential judges he could pick from and he will absolutely use this list to pack the Supreme Court if he becomes President.

Biden and his planned Democratic Controlled Senate will add a minimum of six more seats to the 9 member Supreme Court and pick from an extremist fringe group of 86 names.
DEVELOPING. 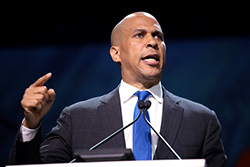 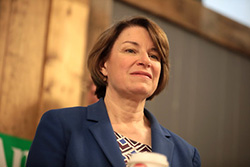 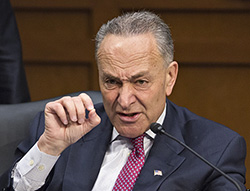 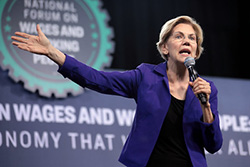 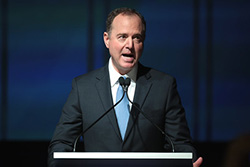 There are more radical leftists being promoted by top pro-Biden leftist groups, according to National Review September 20 2020 and they are the Biden List to pack the court.

Based on reporting prior to Ginsburg's death Friday, here are some of the top contenders for the nation's highest court if Biden becomes president.

Biden has pledged to appoint a Black woman to the court if elected. Only five Black women are judges on federal appeals courts around the country, and each is 68 or older this year, according to a Federal Judicial Center database.

This list was compiled from a number of sources, including officials with close ties to the Biden campaign.

24
Judge Sri Srinivasan, D.C. Circuit, U.S. Court of Appeals, Washington
Born in 1967 in India, he was named to the appeals court in 2013 (97-0 vote) and is now chief judge. He was a finalist for the Supreme Court seat that Merrick Garland was nominated for by President Obama in 2016.

26
Judge Paul Watford, 9th Circuit U.S. Court of Appeals, chambers in Pasadena, Calif.
Born in 1967, Watford's age and race (African-American) have made him a favorite among some liberal court watchers. Named to the appeals court in 2012, he was a finalist for the nomination that went to Garland.

27
Judge Ketanji Brown Jackson, U.S. District Court, Washington.
Born in 1970. Jackson was appointed to the bench in 2013. She served on the U.S. Sentencing Commission and was a law clerk for Justice Stephen Breyer. (also on Demand Justice List)

34 -
Letitia James, New York attorney general
James has been very active filing lawsuits against the Trump administration -- more than 20 in 2019 alone- with the latest being a suit against the NRA.

35
Atlanta Mayor Keisha Lance Bottoms is a leftist pro-homosexual freak who fired Atlanta fire chief Kevin Cochran for writing a Christian book in his free time in 2015 which resulted in a $1.2 million settlement payment to Cochran. 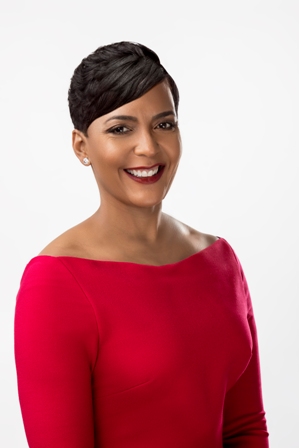 Blacks and Homosexual Radicals on the Biden List, according to the Homosexual lobby: include Black women newly added to Demand Justice's Supreme Court shortlist are

42
Kristen Clarke with the Lawyers' Committee for Civil Rights Under Law;

46
L. Song Richardson, a law professor at the University of California, Irvine;

The Demand Justice has more names TO TOTAL 43 on the Biden Supreme Court SHORT LIST for packing that are not just black women but male, homosexual, or women who serve the ACLU, GAY LOBBIES, state judges, elected representatives who have promoted the homosexual cause.

83
Leslie Joyce Abrams: Born in 1974, Yale Law School, nominated by President Obama to the U.S. District Court for the Middle District of Georgia.

84
Denise Jefferson Casper: Born in 1968, Harvard Law School, nominated by President Obama to the U.S. District Court for the District of Massachusetts.

Black Women's and Homosexual Group She Shall rise/ Demand Justice