Today: Mark Clayton's work on the voting rights act gives him special insight as to the many options of the Justice Department and the President on restoring citizen voting rights in Tennessee and in the United States of America.

In 2012 the Justice Department monitored in Tennessee elections which protected voters from "bullying, threats, and intimidation at the polls."

Voters have continued to complain to Public Advocate about voter and election fraud.

Mark Clayton has filed numerous briefs alleging electoral fraud and has also defended the voting rights of Trump Republicans who were having their votes stolen by their executive committee and election commission. Mark Clayton has filed scores of federal court briefs citing evidence and alleging that illegal secret committees and the state election commission regularly work together to rig elections and steal votes.

Mark Clayton drafted the cease and desist order for voters when the state election commission accepted the results of the secret committees which stole votes from 2016 presidential candidate Donald Trump.

Court filings by Mr. Clayton contain potential allegations regarding violent sledgehammer attacks against likely legal supporters -- and he has asked for an investigation from authorities.

Some of the many legal actions taken by Mark Clayton:

Mark Clayton won a constitutional appeal to the 6th Circuit Court which affirmed that the Defendants did not have a First Amendment defense against Tennessee Title 2 election laws. The Federal Courts agreed with Clayton and remanded the state election law claims and in Clayton's favor, upheld all of the election laws and other state laws.

The Federal Courts also agreed with Clayton's claim that he had civil standing to sue in election related matters under the Voting Rights Act of 1965.

However, for an unexplained reason, possibly because Clayton is white, the Federal Courts ruled that the Voting Rights Act would not apply to Clayton ***in this particular case*** without fully explaining why.

Had the Federal Courts upheld Clayton's Voting Rights Act Claim, that would have put the Federal Courts in an uncomfortable position of interpreting and setting precedent on Tennessee state law while simultaneously declaring the sovereignty of independent states of the Union.

In the most important part, the Federal Courts ruled in favor of Clayton. The 6th Circuit sided with Clayton on the First Amendment to defer/remand to the Tennessee state court where Clayton originally filed and fought to have the case sent back, which the Federal Courts honored for Clayton.

Clayton's legal victories to date are much greater than his opponents who failed time and again to have the case thrown out and who failed in their several sanctions motions as well as their stricken down and now defunct First Amendment defense strategy.

Throughout the entire litigation process, Clayton represented himself writing many extensive briefs for the Federal Court regarding state election law and its relatedness to the federal Voting Rights Act of 1965.

Clayton set forth a clear, federalist legal blueprint for all state candidates as well as voters and even the U.S. Attorney General to follow in all election law and franchise related controversies.

It would most often, in the opinion of Clayton, be much better to use his method of pursuing justice for voting rights rather than attempting to rely on the 14th Amendment. 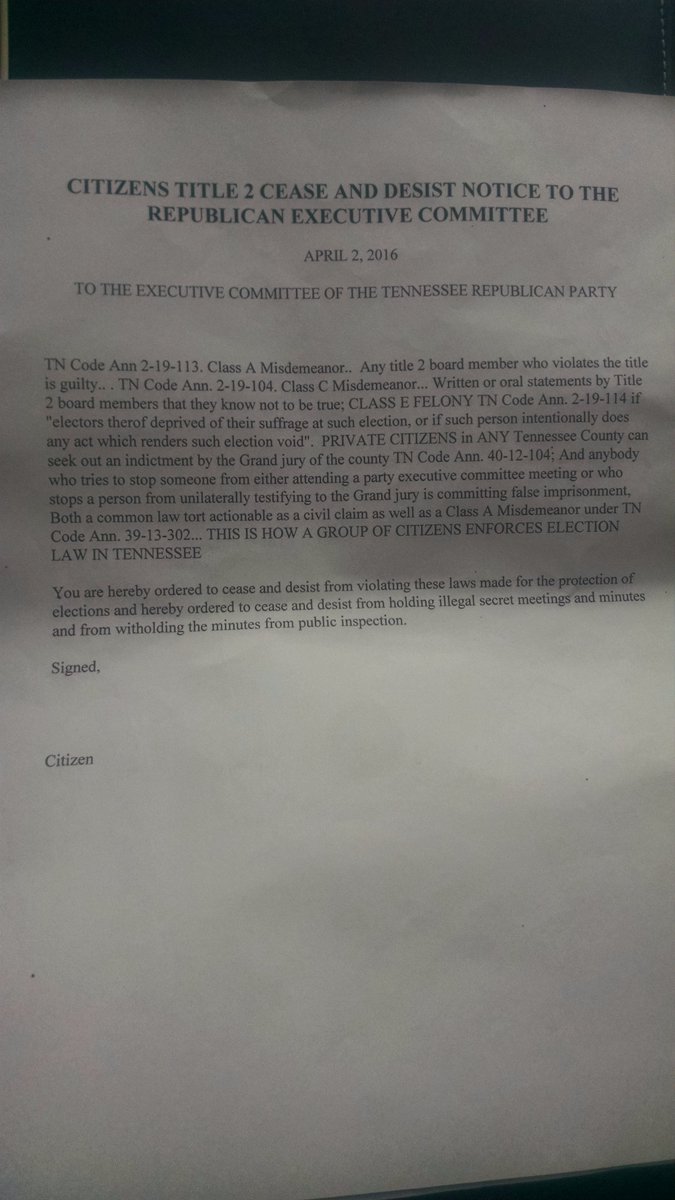 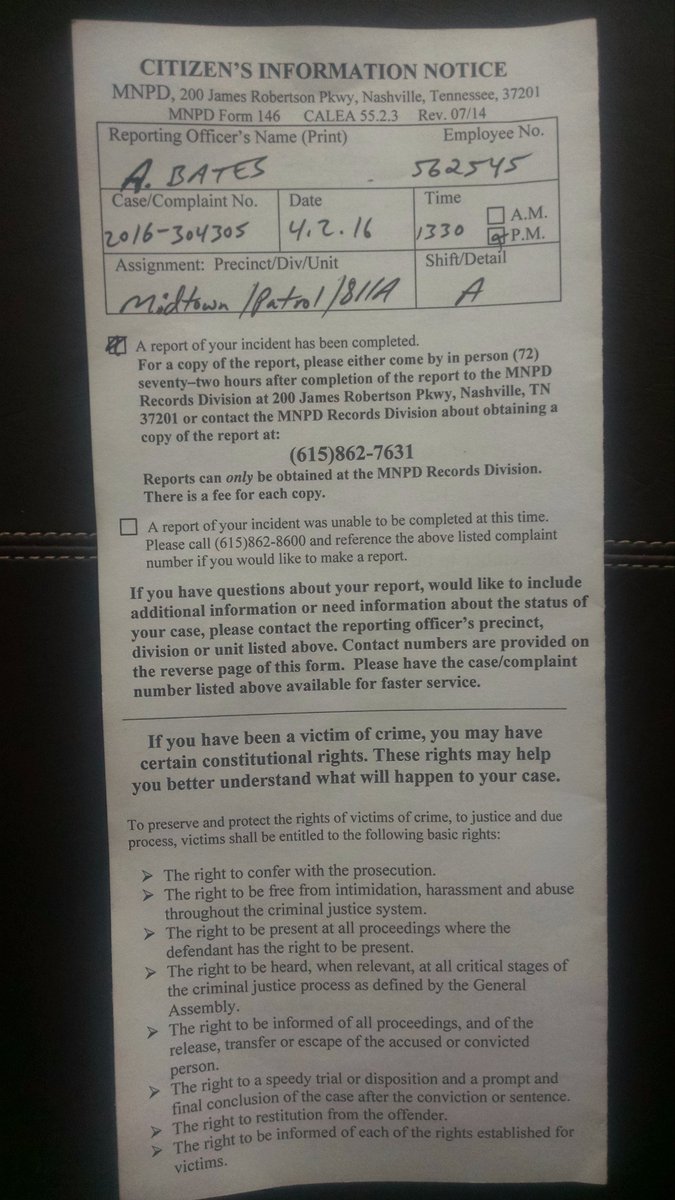 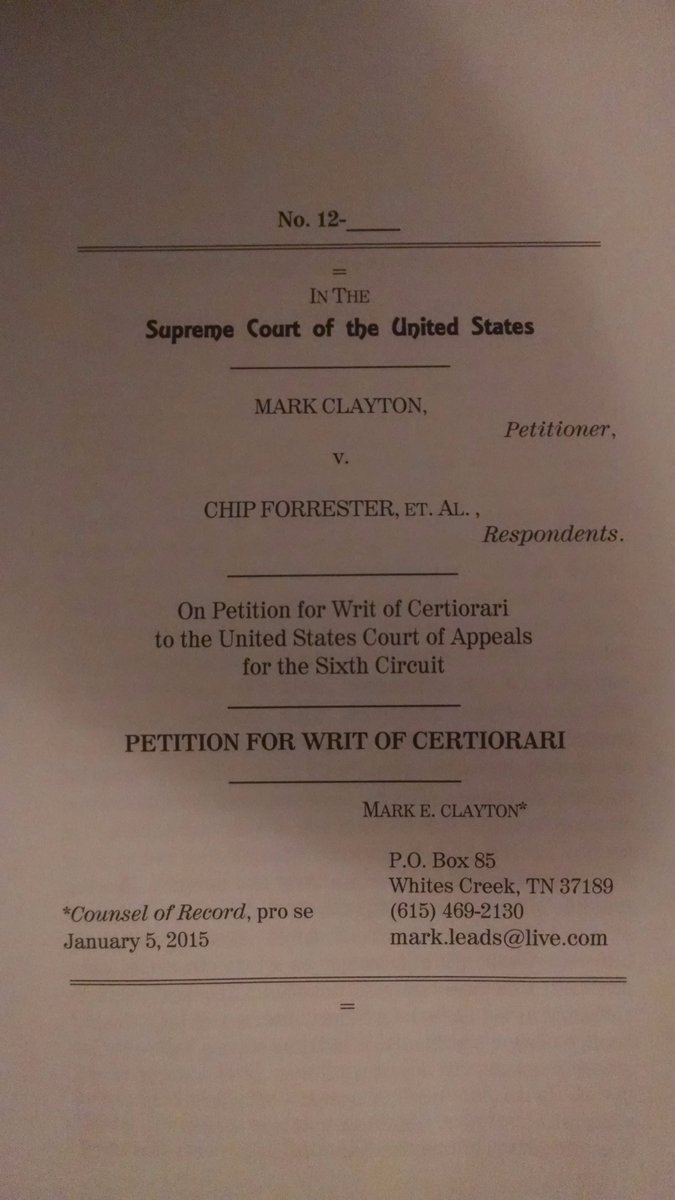 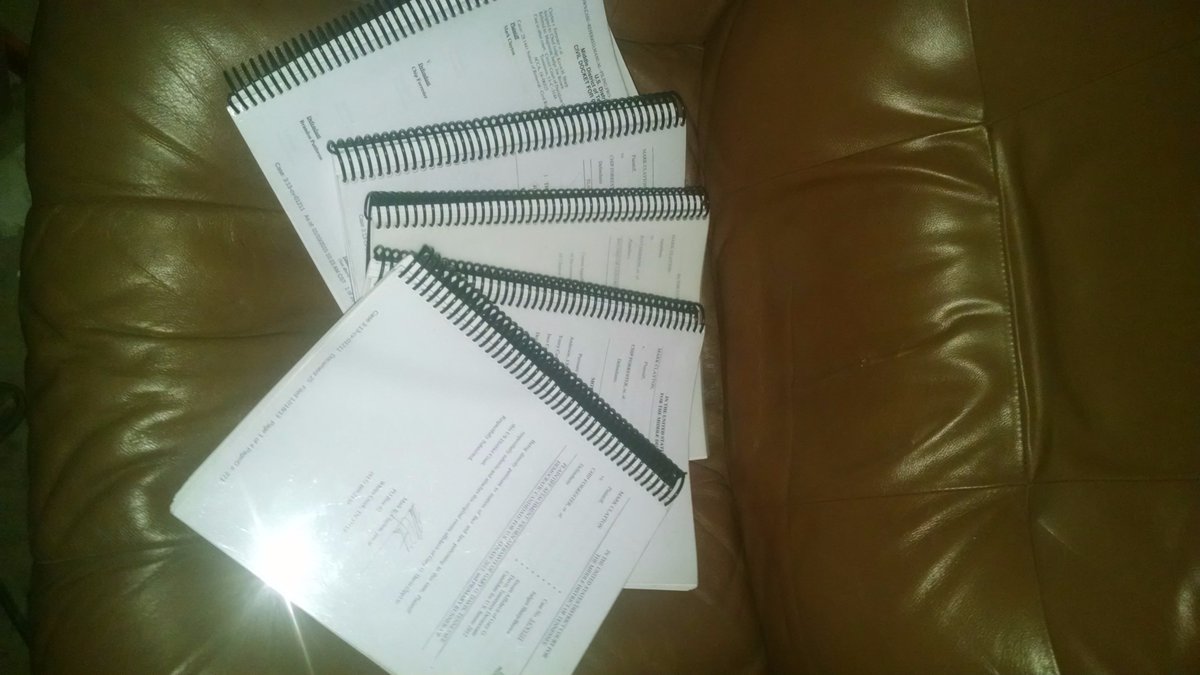