"I smelled a Rat. I found a Rat!" Public Advocate tells the nation about Transgender Fraud

I SMELLED A RAT. I found a Rat. 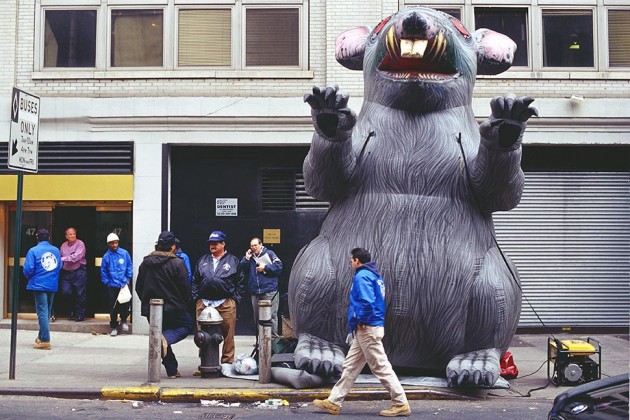 In a nationwide letter to thousands of Americans, Eugene Delgaudio, president of Public

"While the country has been distracted over the countless Clinton scandals, Public Advocate has kept our nose to the grindstone uncovering a different pack of lies.

Obama lied when he announced to the country that he was mandating "transgender bathrooms" for all public schools.

Coming out in the days after North Carolina and Public Advocate defeated the radical agenda there, Obama claimed he was fixing a widespread problem.

He implied that he had evidence of countless complaints from American parents demanding he take action.

He claimed that there was some sort of epidemic happening in our schools by not allowing people to use the bathroom they prefer -- instead of the bathroom designed for their biology.

Well Chris, when I heard that, I smelled a rat.

See, Public Advocate is closely involved in the fight to maintain moral standards in American schools, and I knew those details didn't add up.

I set Public Advocate the task of finding the proof -- or lack thereof -- of these alleged issues and complaints.

It took months to force the Obama Administration to finally admit the truth, but we got it.

And now Public Advocate has released nearly 500 pages of government documents to the media outlining the true extent of the "crises."

The Obama Administration received complaints regarding exactly four children and their parents.

On the other hand, our research uncovered thousands of letters from parents complaining ABOUT Obama's new policy.

Plus, there are now 30 different federal lawsuits from numerous states seeking to force Obama to rescind the order and the threatened punishment.

Obama felt it appropriate to threaten to cut off federal funding for any school that disobeyed his "transgender bathroom" decree.

And in order to justify that threat, he lied about the documentation he had received.

But now the lawsuit against him will be drawing on Public Advocate's investigative research into the matter.

Public Advocate was the first organization to release the danger of this "transgender bathroom" agenda.

We were the first to fight against it in local school and win.

And we were the only ones to see through Obama's deceit and go looking for the evidence.

All the evidence points to the fact that America does not want "transgender bathrooms."

And with your support, we will make sure Obama does not force it on the country."